Mark Dale emerged from a firm foundation of quality techno with his older brother already an established DJ, however from a very young age was always interested in electronic music and his first job was for a dance music shop in London’s West end. Mark has had a number of residencies in London clubs, first being Deepspace which ran for a number of years.

Mark also ran a number of club nights in the past, the first being Electric Boogie and more recently Megawatt which ran for two years. He has also had club nights in collaboration with Retox and Redlight taking over their basements to great success and enjoying a firm following of techno enthusiasts.

Mark has had some vinyl releases, the first being Nightlife under the name of Dark Male on Groovetech Records, Second was on Purpose Records and and third on Eukatech Records, all releases were within close months of each other as label owners were keen to jump on the talent they were hearing. Now mark runs a publishing company called Electric Boogie and a record company called Rar Label + Resident DJ at Noire in the mid 1990s. Back with a vengeance Mark Dale continues to push production boundaries. 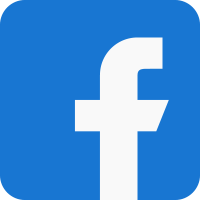